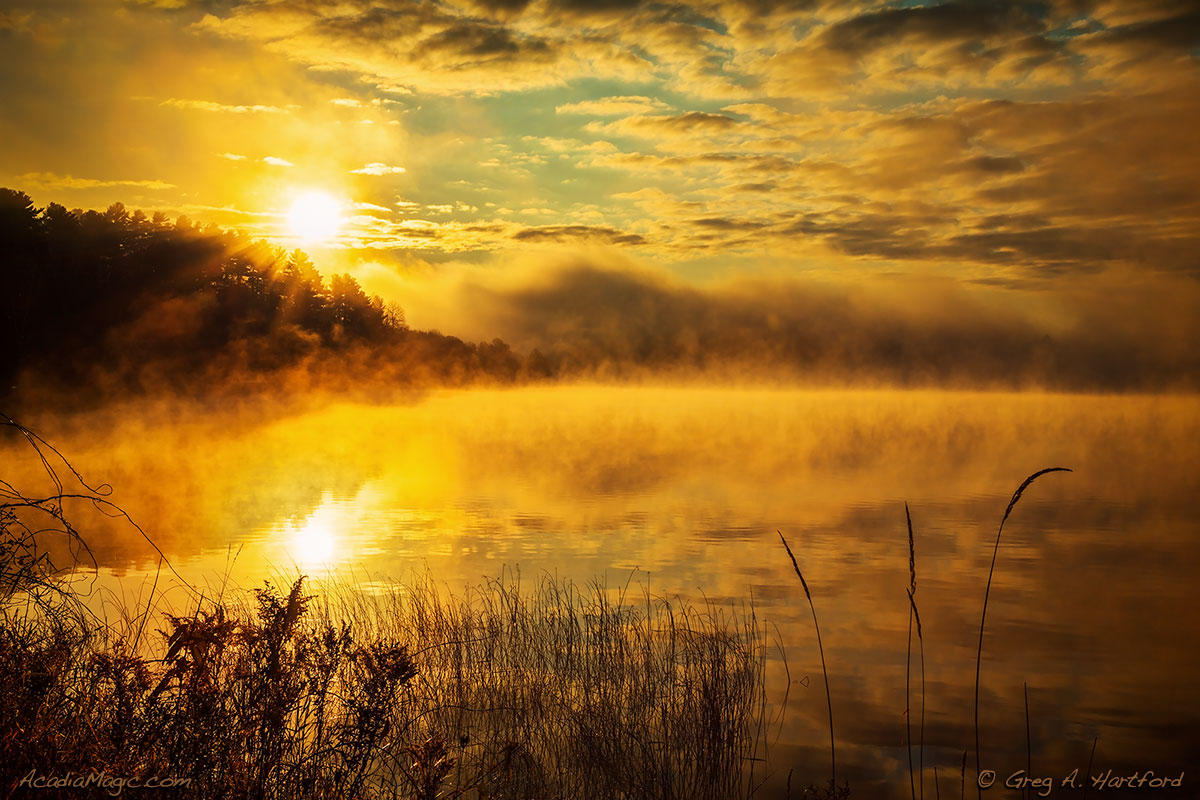 Thick Fog at Sunrise on Lake Wassookeag in Dexter, ME

The fog was very thick on Big Lake Wassookeag at sunrise this morning in Dexter, Maine, part of the central Maine Highlands on what is called the "Moosehead Trail." This is one of several images that I captured November 3 from the small cove at the beginning of the Shore Road. The landscape at times like this changes quickly as the sunlight begins burning off the mist. It is important to "bracket" camera exposures when shooting the images because of how bright the sunlight is and how it can throw the metering system out. Image specs: Date of November 3 at 8:06 AM using Canon EOS 5D Mark IV Full Frame Camera with Canon 24-105mm f/4 "L" Series lens at 47mm. Shutter speed was 1/500 second at f/22, ISO 100.